You are here: Home / Cooking / A couple of variations on the BBQ Bomb

Crispy bacon, succulent sausage meat, savoury stuffing and anything else that makes your mouth water – it’s hard to beat the ingredients of a bbq bomb.

Since we were missing the Grillstock festival and the sun decided to come out on Sunday I knew I had to try something new from their cook book.

I settled on a couple of variations of a bomb – also known as a fattie. Good fun to make, incredible smell and who can resist a bacon lattice. Would make a great side at Christmas, or with your Sunday roast, but works just as well as the star of it’s own show along with a salad and new potatoes.

In the bacon and sausage meat bomb, I went with grated mozzarella for my filling, but anything goes. Here’s a few ideas: any grated cheese, pulled pork, crispy bacon, grilled vegetables, grilled mushrooms with cheese, thinly sliced steak.

*adapted from Grillstock: the BBQ book.

A couple of variations on the BBQ Bomb: each bomb serves 2 as main or 6 as a side.

for the bacon and sausage meat bomb:

for the bacon and stuffing bomb:

To prepare your stuffing, heat the butter and olive oil over a medium heat. Throw in your chopped onions and soften for 5 minutes. Stir through the breadcrumbs and sage, season well and leave to cool. 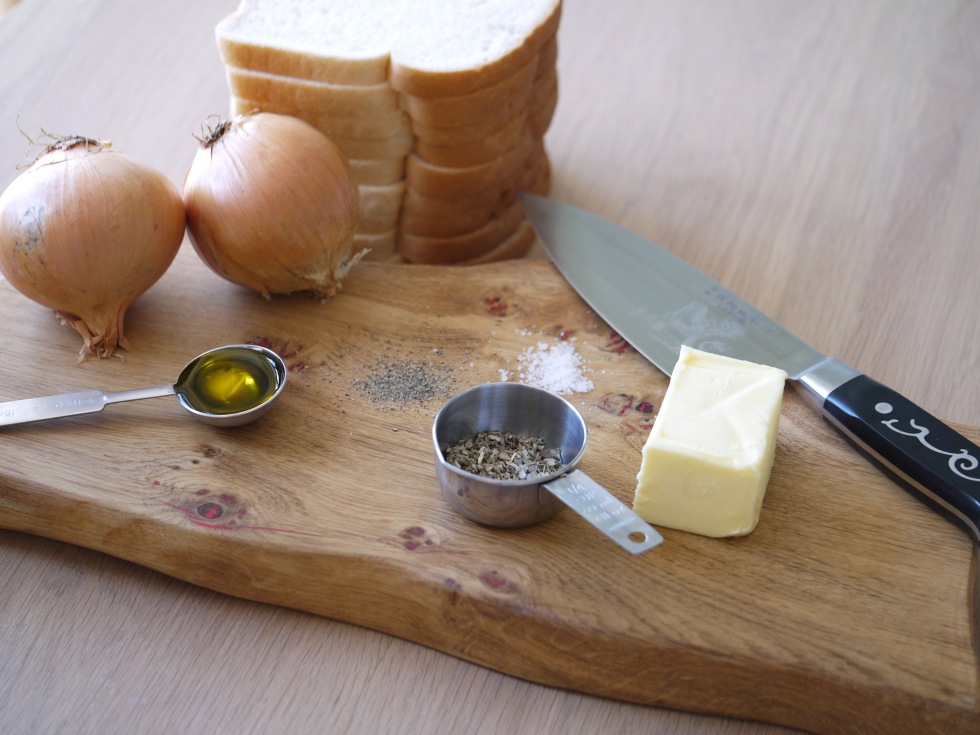 Fire up your bbq and bring it to around 150C for indirect cooking – banking the coals to one side.

To assemble your bombs,

For both, lay 6 rashers of bacon vertically side by side. Interlace 6 more rashers horizontally to make a square lattice.

For the bacon and sausage meat bomb:

Spread the sausage meat evenly over the top of the bacon lattice, leaving a border top and bottom. Around 1 rasher thick. 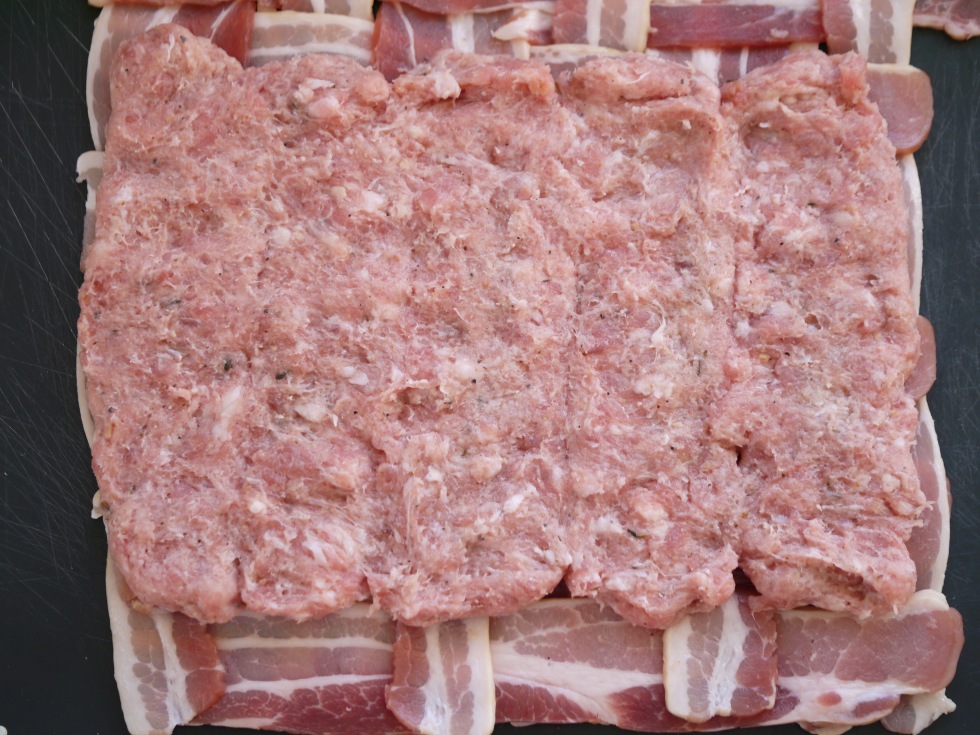 Sprinkle the rub over the sausage meat.

Scatter a layer of mozzarella over the top. Any filling of your choice will do.

Tightly roll the bacon lattice into a cylinder; use the bacon border to join underneath.

Shower the outside with more rub.

For the bacon and stuffing bomb:

Evenly spread 2/3 of the your stuffing over the bacon lattice. Lay the sausages on top.

Spoon the rest of the stuffing over them.

Tightly roll the bacon lattice into a cylinder; use the bacon border to join underneath.

Once your bbq is up to temperature, place your stuffing bomb in a roasting dish and on the grill. Lay the sausage bomb alongside seam side down. Cook for around 1 hour.

After 30 minutes, take the stuffing bomb out of its dish and lay directly on the grill.

Around 30 minutes later, once the bacon has crisped up and your internal temperature is 75C take your bombs off the grill.

Cut into thick slices and serve. 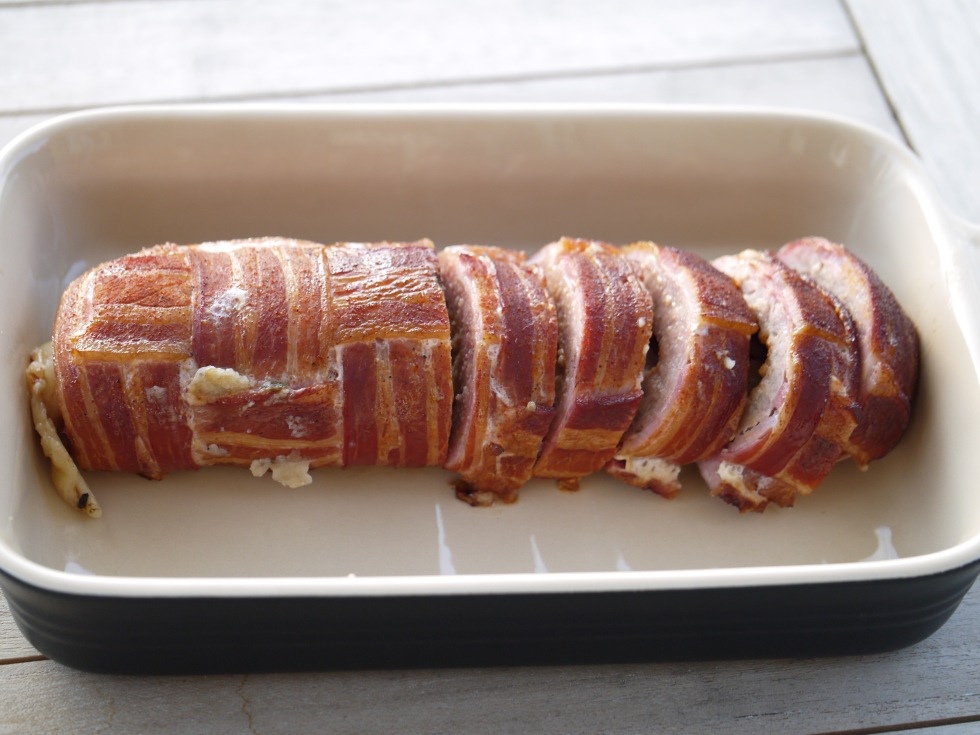 Any feedback or ideas are massively appreciated - would love to hear what you have cooked, or anything you want me to have a go at.
Previous Post: « Pork Belly
Next Post: Roast Water Buffalo »

When the usual ways of helping - popping by for a

Swipe left to make yourself hungry! 😂 Not a fan

This error message is only visible to WordPress admins